Food Insecurity in Urban Communities is Worth Educating Oneself In 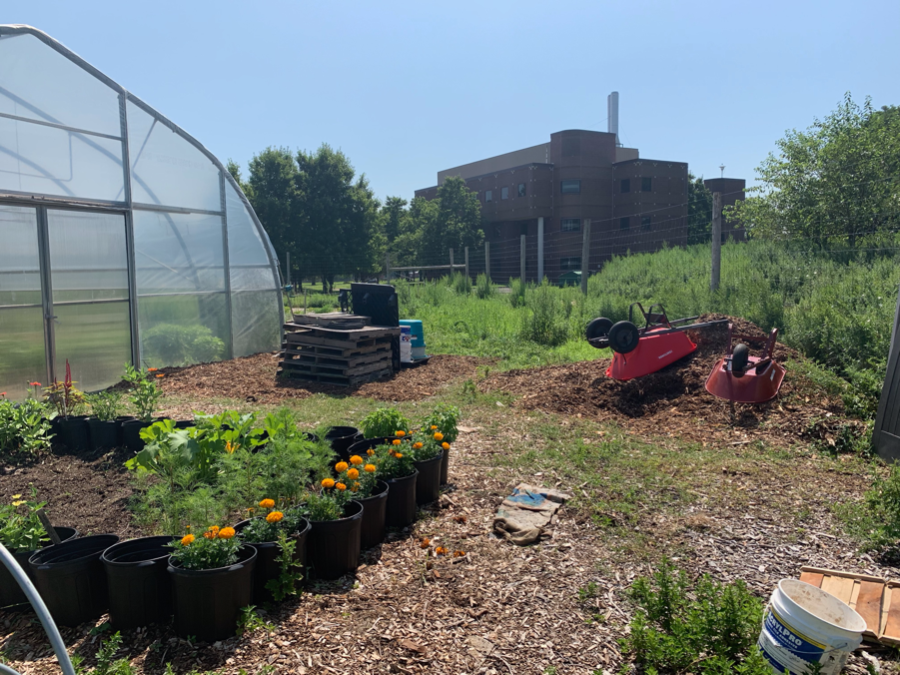 Food Insecurity in urban communities is worth educating myself in, being a Public Health student who values the importance of healthy living. Visiting another organization that embodies the same enthusiasm for reducing it was a journey worth taking. July 20 could have been characterized as one of the hottest days of the summer. For me it was an opportunity to dive into a realm of uncertainty, with the goal of broadening my outlook on organizations accomplishing great things in the community. Coming from Newark, New Jersey to Brooklyn, New York was the trip needed for an understanding of how one state’s efforts in collaboration with nonprofits work differently than others to make food more accessible to the people who live there. Visiting East New York Farms to talk about its 21 years of urban agriculture experience was an opportunity for me to explore different models and ideas that have come from the 60-year reputation that collaborative partner United Community Centers and 49-year old, local government-run partner Greenthumb had. The decision to venture out and understand East New York Farms’ programming in particular, was not a random decision. It was a decision made after exploring the Community chapter of “Farming While Black”, by Leah Penniman.

It was important to put puzzle pieces together but in order to do that, I had to make sense of my own people’s interactions with the land they once had. Understanding what it means to go from a rural to urban setting, I made the connection of the importance of urban agriculture to my immigrant family, being reminiscent of an old country road past of immigrant families alike. Understanding the importance of the work that was being done in Elijah’s Promise and connecting it to East New York Farms, it was through reading more about the social disparities and power ties of land in the Northeastern U.S that I was able to make the connection of the importance of gardening to families in Brooklyn with a history that calls upon the revisiting of U.S History books and the Great Migration between 1916 and 1970. Families that once had access to growing crops and fresh produce in the South were limited by the concrete jungle they encountered in Northern cities.

Questions were raised as to how one organization could attract so many volunteers without having to worry about negligence of green spaces allocated to these particular communities. I thought about the openness of Promise Garden and how sometimes gardeners might run into trouble with other gardeners about fruits and vegetables, or why neighboring organizations with a mission statement for resolving social justice issues could not be as interconnected as the United Community Centers was with East New York Farms and Greenthumb. Getting really analytical played a key part into understanding how strength in numbers of nonprofits and the community, really goes a long way.

Digging into the involvement of Greenthumb, the largest community programming in the nation, it goes back to NYC’s fiscal crisis of the 1970s. To my understanding, people in various parts of the city were coming together to fix up vacant lots that would eventually become gardens in a way that might have been depicted as revolutionary. One example from the NYC Parks website talks about a community gardener named Liz Christy who threw seed bombs made out of fertilizer, water, and seeds over fences of abandoned lots of land, creating that haven where people could come together and have community events. That haven, used in my trip to Brooklyn as a space to also serve East New York Farms with their biweekly Farmers Market was a garden.

Going back to the local government’s efforts of the late 70s to get out of a financial problem, it would then easily come to support community members with their gardening interests by providing tools and security of ownership to these spaces so that gardens could flourish and so that the neighborhoods that the spaces were surrounded in could attract nature enthusiasts.

My trip started off as a productive morning of volunteering at the Youth Garden where the Farmer’s Market was neighboring to feel integrated into the efforts of the organization and to talk to some community volunteers. One of the first interactions occurred with Youth Farm Manager Jeremy Taperman, who was pretty open to talk about his role in caring for the farm and educating teens about urban agriculture in the 9 month long Youth internship that his organization takes initiatives on. The reason for this internship is to get to the root of change, with kids who exhibit an interest in civic responsibility that one could say does not fall far from the tree. I imagine their parents or grandparents might have had a role in the history of making more of the green spaces available in the concrete jungle they live in.

This program provides them with the tools necessary to contribute to the community by reducing the inaccessibility to fresh and nutritious produce. It truly would be something which organizations like our own could use as a potential program model. Diving deeper into other programs that he runs, Jeremy told me about an Urban Agriculture school that adult students he mentors learn from, in collaboration with different community members having an experience in leadership initiatives.

In addition, after having interacted with Greenthumb NYC government workers volunteering that day, who own the land that United Community Centers and East New York Farms uses, a surge of ideas for the direction of leadership that our Gardens could potentially have was a seed worth planting. Once we see more collaborative efforts with government officials, nonprofits, and community members alike, the direction that Elijah’s Promise could go reflects what it can do in the future, and we are already seeing that with our Let’s Cook for Kids programming this summer where we are growing food through Promise Agriculture programming to provide healthy, fresh food for our participants!