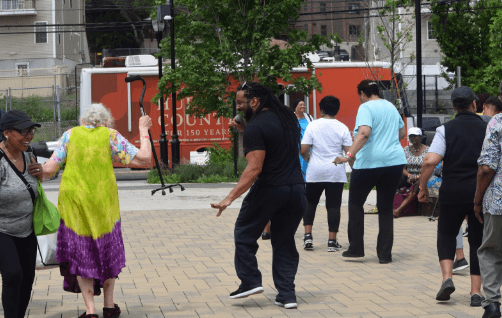 The Jersey City Department of Health and Human Services has launched a community-based initiative aiming to make fun physical activities and healthy food options more accessible in the City’s lowest-income neighborhoods. The initiative will promote community engagement in Jersey City and help to provide residents the tools to develop a healthier lifestyle, including more affordable options for healthy foods.

This health initiative also aims to expand the Healthy Corner Store Initiative, which is a nationwide movement to improve access to healthy and affordable foods in underserved urban communities, that the City takes part in. The City is currently testing out the Healthy Corner Store Initiative, with two corner stores in Greenville (Ward A), which has the highest concentration of poverty in Jersey City. Two additional corner stores are planned in the Bergen-Lafayette (Ward F) section, which is another low-income neighborhood.

Another aspect of Jersey City’s health initiative is promoting physical health through exercise. Some activities offered by the City include Yoga, Tai Chi, Zumba, and line dancing classes. Many of these classes are held at senior centers around Jersey City, as well as at Healthier JC events, most recently earlier this year during a senior picnic at Ward F’s Berry Lane Park. This picnic coincided with “National Senior Fitness Day”. Alongside the line dancing, Zumba, and Tai Chi fitness classes, there were also health screenings, including cholesterol, blood pressure, and glucose check-ups.

The Jersey City Department of Health and Human Services is a public agency that strives to build a culture of health. Through the department’s divisions, this multi-purpose public health agency provides services needed to promote overall health in the community. The Division of Seniors Affairs promotes active living through social and physical activities such as exercise, Zumba, Yoga, Tai Chi etc.