Meeting the Need, One Fruit and Veggie at a Time! 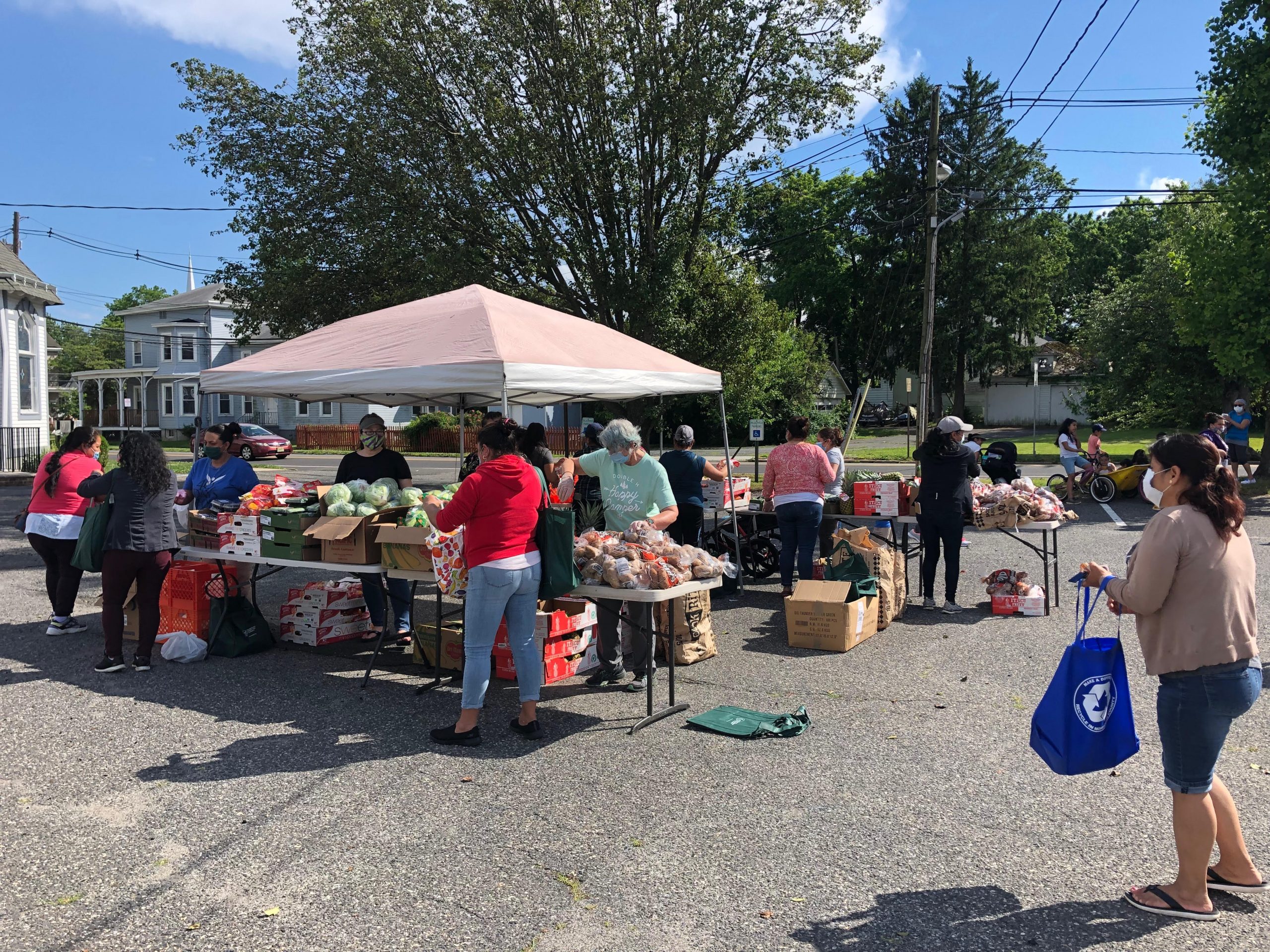 Neighborhood Connections to Health (NCTH) is continuing to rapidly assess community needs and are working hard to meet them.  NCTH has been excited to participate with many partners from the Freehold Community in an ad hoc group coined “The Freehold Food Safety Net,” which has been meeting several times a week since March.  This group has allowed for more coordinated efforts surrounding food distribution in the community, has allowed for resource sharing, including food, volunteers, and information, but most importantly, has strengthened existing and forged new relationships and partnerships.

Based on the discussions with our community partners, on May 29th, NCTH hosted the first Pop Up Produce Distribution event, using a local church parking lot.  This type of event has been discussed as part of a larger co-op idea for several months, but given the current circumstances, available funding and the stated need for fresh produce, the concept rapidly came to life.  There is often uncertainty with a new program, event, or initiative, especially when the planning process was only a few days.  In this case, the outcome has been magical!  During the first week, 75 bags of produce, including about 10 different types of fruits and vegetables were distributed to residents in less than 10 minutes!  The stated need was proven correct and plans have continued to reassess the operation each week, increasing quantities and providing variety in the available items.  The Pop-Up events have continued weekly, with increasing quantities and variety of produce available each week and the addition of milk and eggs.

NCTH has always sought to bring the community together.  The Pop Up markets have offered a unique opportunity to bring new volunteers out to help with the process, have provided a time to talk to residents about their current needs and most importantly, share resources, education materials and a connection!  Even in the current times where physical distance keeps us apart, new connections are being made while existing partnerships are being strengthened.  The Pop-Up events have been successful in the recruitment process for our Freehold Intergenerational Community Council (FICC) as well.  Providing information encouraging Freehold residents to apply to join FICC, along with other partners promoting the group, has led to more than 60 applications!  We are excited to move to the next phase, getting closer to the formal adoption of FICC.

Neighborhood Connections to Health (NCTH) is a community non-profit organization, which began as a portion of the work of the Visiting Nurses Association (VNA). NCTH was formed in 2016 and currently works under 4 priority areas: Intergenerational Physical Activity, Bikeability/Walkability, Lead Prevention and Access to Healthy Foods.