The Power of Garden Based Learning 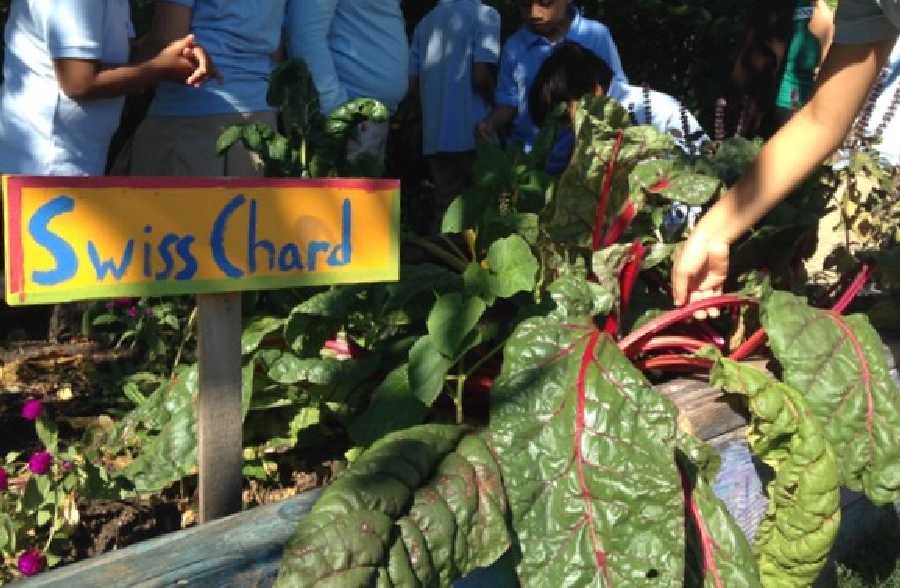 When asked how I know school gardens have an impact on kids, I can recall countless stories about the remarkable transformations I have seen. From a kid’s ability to identify fruits and vegetables, to the language they use to express their feelings about a particular dish, to a new openness about trying different foods, I have seen progress in every student I serve. I have even watched the so called “picky-eaters” try everything from kale salad to beet hummus and love it!

Most recently, I can’t stop thinking about the incredible transformation of Ivan, a nine-year-old participating in Isles’ garden-based learning program at MLK Elementary School in Trenton, NJ. During his first garden class, I announced that we would be harvesting, preparing and eating Swiss Chard. I’ll never forget how quickly his big brown eyes welled up with tears at the mere thought of tasting it. He would barely even tolerate a vegetable in front of him.

Fast forward a few months and about twenty hours of garden and cooking classes. It is now spring and Ivan is requesting we plant cucumbers and spinach in the garden because those are his favorite. He enjoys eating them with a little lemon and salt. In May, as the class tasted a salad made with the lettuce we grew, Ivan announced that he thought, “the flavors balanced nicely,” a concept we explored during the winter months. He would have eaten all of the lettuce, straight out of the garden, if he didn’t have to share it with the rest of his class. When he tries something that he doesn’t like, he no longer responds with tears but instead simply expresses, “this is not for me.”

By June, I can’t get Ivan away from the garden. He has become intensely curious and wants to know everything about every single plant growing. He even developed a certain fondness for some of the insects and isn’t hesitant about getting a little dirty. Most importantly, he has overcome his fear of trying new foods and will lead a much healthier life because of it. -Christina Heimann, Community Food Coordinator

Founded in 1981, Isles, Inc. is a community development and environmental organization based in Trenton, New Jersey. With a mission to foster self-reliant families and healthy, sustainable communities, we design and develop effective services that support this mission and share what we learn with others who can make a difference.