Where Do We Go From Here? Choosing Destinations on the Trail 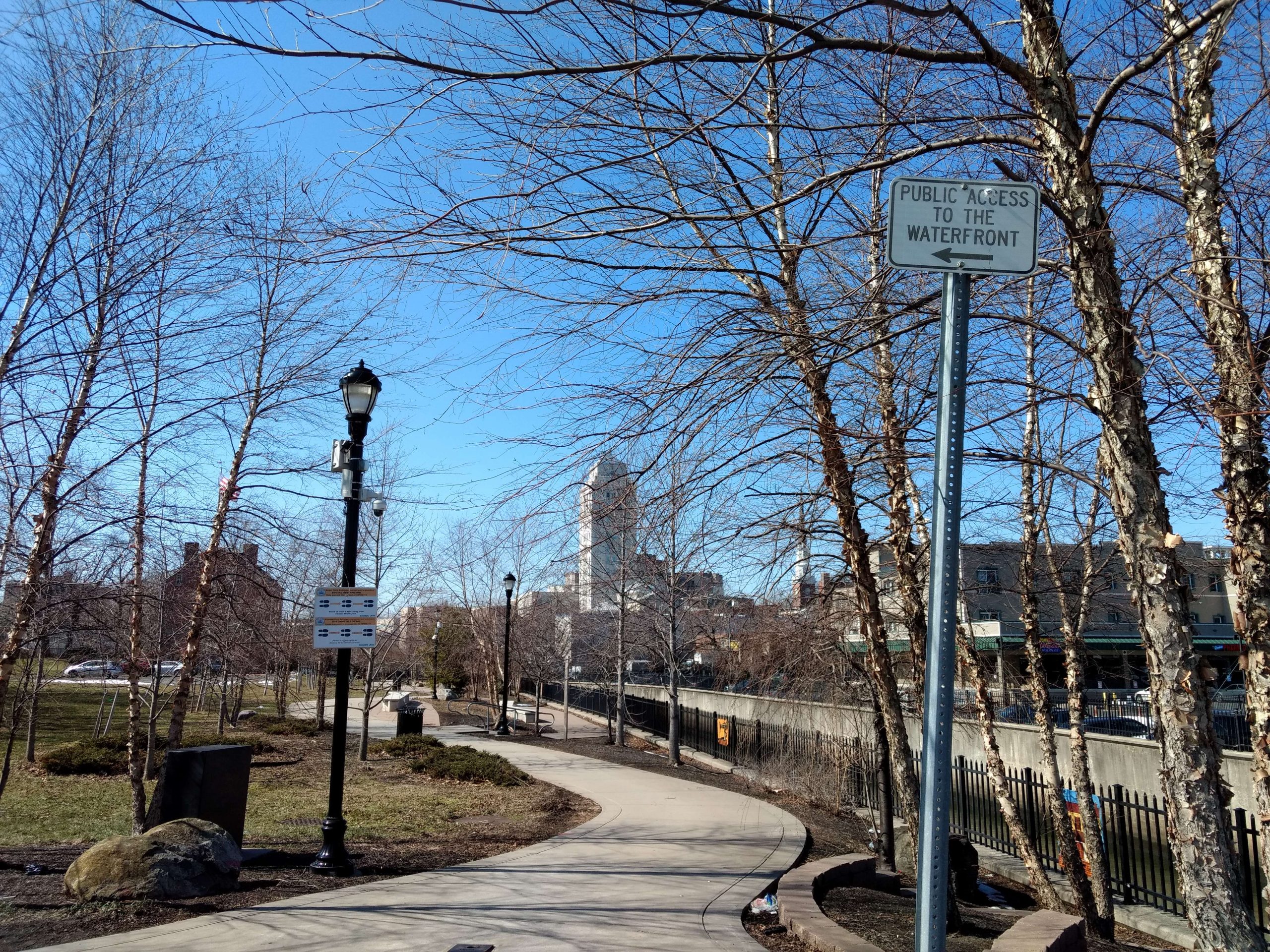 How do you choose what destinations should be on a trail sign? And depending on the size limitations, what other information should be included (or removed) so everything fits well? That’s the question we asked ourselves as we started working with our sign company to develop a working draft of Elizabeth River Trail signs we could bring to a meeting with the City.

First, we decided to look at what public buildings, businesses, organizations, and more were in the area to narrow down the list of possible destinations. Public buildings most people living in Elizabeth would need to access for one reason or another were ultimately given priority over everything else. Based on where you can walk to from the ends of the river trail, we decided to include the Elizabeth Public Library, Trinitas Regional Medical Center, Elizabeth City Hall, and Elizabeth High School Dunn Sports Center (which can be used for general community events—it’s currently a vaccination site). All of these destinations are within 1-2 blocks of either end of the trail making them very accessible.

Since the trail is cut in half by a street, we also have an opportunity to list any destinations available through that street. Considering that we’re trying to encourage people to get physically active, and that our YMCA’s Elizabeth Branch and housing facilities are down that street, we decided to include our YMCA as well. Only the two signs in the middle of the trail will have our YMCA as a destination so we don’t confuse anyone who thinks it’s easily accessible from the ends of the trail. (It is, but it requires a bit more steps than we can include on the signs.)

All of the signs will have directional arrows pointing to the possible destinations at each entrance/exit of the trail so people walking the trail know which destinations are available from each entrance/exit. While that in itself will get people moving, we also want to give people more interested in actively exercising a way to do so. So we made space on the signs for a QR code that will link to a video demonstrating an exercise that can be done on the trail (more to come on that next blog!) Last but not least we included space for logos of the organizations directly involved in making these signs: the City, Shaping Elizabeth, and of course our YMCA.

All that’s left is to present these drafts to the City and see what their response is!

The Gateway Family YMCA (TGFY) is a community-based organization rooted in Christian principles and committed to building healthy lives through programs that strengthen minds, bodies and spirits for people of all ages, religions and cultures. The leader of the Shaping Elizabeth coalition, TGFY is committed towards supporting the health, nutrition and physical activity of all Elizabeth residents.