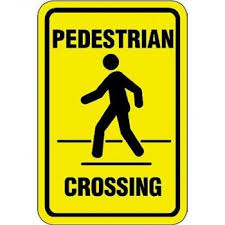 The Freehold Township Committee passed Ordinance in February, appropriating $55,000 of General Capitol Funds, to the streetscape improvement plan proposed by the Freehold Township Mayor’s Wellness Campaign.  During the spring, the 3-part project was put out for contractual bids.  Unfortunately, the project returned estimates that far surpassed the budget, leading to a rejection of all bids.  Not to be deterred, the MWC has worked to re-bid the project, coining it “Phase 1,” where the most important portion of the larger project will be addressed first; adding a crossing to East Freehold Road.  While this may be a scaled back version of the initial project, it has set the ground work for a 3-phase project to complete the suggested improvements.  A new bid has been accepted and work is expected to begin in September.   We look forward to the groundbreaking effort, which should be the first of several projects at Opatut Park.

Freehold Township Mayor's Wellness Campaign began in 2013, with a focus on encouraging active lifestyles and engaging community partnerships. Recent work has concentrated on strategies to create better access to Township parks and healthy food choices, while strengthening new and existing partnerships in the community.